As another weekend draws to an end I find myself thankful and grateful for my friends and knowing the Secret.

I’ve been thinking of my friend Donald for the last few days and he showed up saying he was in town for the night and part of Sunday.  He wanted to see if I had plans for tomorrow.  I did not. So fast forward to today (Sunday) and we meet up and go to my favorite restaurant for breakfast. While there he said that he wanted to go to Costco.

I have been saying to myself, that I need to hit Costco, Walmart and a few other places.

So we went to Costco and got a big screen TV for him and the giant bottle of ibuprofen I needed me.

As we’re pulling out of the parking lot I said to him I wonder if there’s any tree nurseries nearby.  It turns out there was! Not less than two blocks from where we were.  I was looking for a replacement balsam fir tree sapling, like the one that I had grown a couple years back, that I donated to the building where I am living but they accidentally killed it with a snow plow.

They didn’t have any, the nearest thing that they have was almost $70 dollars.  I paid $10 for the original so that was a deal breaker. Dejected I asked where else he wanted to go.

Walmart! …and off we went. I needed socks and underwear. We go there and had no trouble finding a spot to park the car.  Oddly there were lots of people inside, maybe they carpooled. I had just located my socks and went to find the underwear when I heard over the loudspeaker a request for someone to come to the garden center. Hmmm..

I have a certain style of certain brand of underwear that I buy.  They were out of my size. I resigned myself to having to buy a similar brand, as I was looking at the other ones, I see a pack of my brand and in my size, tucked among the ones I didn’t want.

Off to the garden center. They didn’t have exactly what I was looking for, but they had this little buddy.. 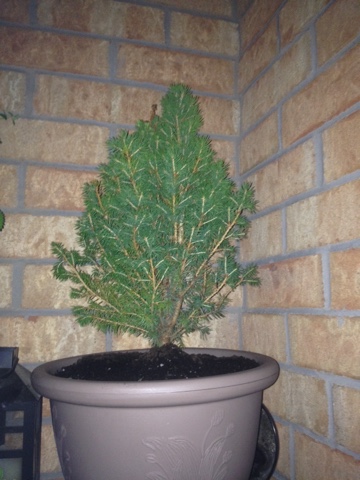 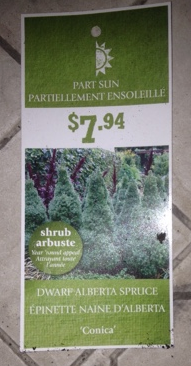 ..and he was on sale for $4.99!  When I went to checkout a new cashier opened and we were second in line.

My friend Donald knows that I have a habit of naming my trees and asked what I was going to call this one.  And to be honest up until writing this blog post I had no idea, but because of what I’d called him earlier the name makes sense.. So, from this day forward his name will be Gilligan.

Except where otherwise noted, Using The Secret.com by Mark Ian Seifert is licensed under a Creative Commons Attribution-NonCommercial-NoDerivatives 4.0 International License.
We use cookies to ensure that we give you the best experience on our website. If you continue to use this site we will assume that you are happy with it.Ok