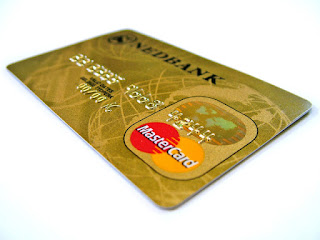 One of the key things that I say over and over is that it’s important to use all the tools of the secret. You can just visualize without wanting, sincerely wanting. You can’t just visualize and want without taking some sort of action.

About a month ago, I restarted my search for a low-interest credit card. A few years back as I’ve mentioned before, I went bankrupt. Most credit card companies will not give you a credit card within the first seven years of going bankrupt.

The current option of using was I would go in to the local Drug Store and buy a pre-paid American Express credit card; it would cost me roughly C$106 to get $100. This in itself was not a bad thing. But I wanted a credit card something that would allow me to pay large amounts of I needed to but didn’t run the risk of getting deep in debt again. The major problem with these cards was that they were limited of up to $500 so if I was paying for something that was over 500 I wouldn’t be able to. There were several options that I checked into, one such example is Mogo.ca promised a low-interest card and prepaid card service. But in over the two years that I’ve been a member of their service I’ve yet to see the pre-paid card they keep promising it, “soon” but have not delivered. I even checked into a few out of country credit card services didn’t help.

The one-day recently when I was at my bank, I was talking to the teller and explaining that I wish they had a prepaid credit card. She said they did I was skeptical I mean, come on it’s a bank right? So I looked at the pamphlet it cost me six dollars a year for a minimum of three years I could load as much as I wanted or as little as I wanted on the card after the first load. The first load was $100.

The only fees that this card would have would kick in if I went to a negative balance so if I put up $100 on a card and use 105. I would then be charged fees. The fees are high, but I think that as long as I deposit $25 from each paycheck and sparingly use the card. I can carry a balance of +$50, to +$100 easily a month. I’ve had the card now for two months I have had no other charges, no sudden fees, and no issues using the card. I’ve even made a large purchase using the card. I just dump the money on the card  the from my other account, and it will appear the next business day. So long as I don’t forget to deposit, then my credit card is topped up for whatever I need it, and I don’t have a crazy fees.

I am actually saving myself $72 a year this way. Yeah I know $72 may not seem like a fortune but it’s kind a large enough that if you need $72, it’s noticeable.

Had I not been envisioning having this card, imagining myself with this card and attracting it to me. I would not have it. This card gives me freedom. I don’t like carrying large amounts of cash, I don’t believe in checks. To be honest I even prefer to keep my bank card separate from my credit card.  Since it’s a MasterCard, I can use it in stores and online anywhere.

Thanks to using the secret I now have the “credit card” I want.  I know it doesn’t really give me credit, but it does allow me to safely carry over $3000 in my pocket without fear of getting mugged or having an odd shaped bulge in my pocket.

Except where otherwise noted, Using The Secret.com by Mark Ian Seifert is licensed under a Creative Commons Attribution-NonCommercial-NoDerivatives 4.0 International License.